Revenge of the Jedi

Revenge of the Jedi

This poster along with the Star Wars style A are the most copied, commemorated, and counterfeited movie posters in history.

There were two original versions of the Revenge of the Jedi Teaser Advance One Sheet printed in 1982. Both versions are documented on the Lucasfilm authorized 1985 Official Star Wars Checklist poster. The first “NO DATE” version was printed only once and was issued exclusively to movie theaters. This version was issued early on before 20th Century Fox had a release date for the film, so the poster does not have “Coming May 25, 1983 to your galaxy.” at the bottom. This version is much, much rarer than the second poster with the date. Both posters were issued rolled and folded.

The Official Star Wars Checklist poster states that there were only a small handful of the “NO DATE” posters made, then Fox decided on a release date for the film, and a second version of the poster WITH THE DATE was printed. Shortly after the second poster was printed Lucas decided to change the title to “Return of the Jedi”, and the poster was recalled/pulled from advertising use. Lucas took the remaining left over stock WITH THE DATE and issued them for purchase through the Star Wars fan club directly to collectors.

According to the L.A. Times, quoting Kelly Miller (national advertising production manager at 20th Century Fox at the time), there were about 8800 Revenge of the Jedi posters printed. 6800 of these went to the Star Wars fan club where they were sold for $9.50 each. The Times did not say how many were dated and how many were undated, but other sources have speculated that only about 200 (some say less than 100) of the “NO DATE” version were printed.

Because of all the fakes out there, it is EXTREMELY difficult to find a REAL one. We have handled dozens over the years so we know exactly what to look for. The first bootlegs appeared early on in 1983, just a few months after they were recalled. These bootlegs are more than 20 years old now. Many people who have them are convinced that their bootlegs are real because they got them so long ago around the time of the films release. We have people sending us these fakes constantly for authentication. It is terrible having to break the news to them.

Since there are at least four different bootlegs it is hard for most people to tell if they have an original. One of the first bootlegs was copied from a folded poster so the fold lines are evident. Some smart counterfeiters then folded these to try and pass them off as real. Many times the fold lines don’t match up. Other bootlegs are undersized. Another version has a lighter area on the bottom right corner described as “clouds” by some people. All bootlegs are on different paper and the colors and sharpness are “off”. For an expert, when compared side by side with a known original, they are easy to spot.

This poster ranks right up there with the Star Wars Mylar and Happy Birthday one sheets, as well as holding its own against the original Concert poster. If you can find a real one it is well worth cherishing.

Linen backing can dramatically improve the overall appearance of a poster and it can substantially increase its value. It... read more

The Advance One Sheet for PULP FICTION was recalled due to a dispute with Lucky Strike (a Lucky Strike... read more

An original movie poster can be defined as: A poster that was issued for a movie by the National... read more

You do not need to be a professional photographer, nor do you need any expensive special equipment to get... read more 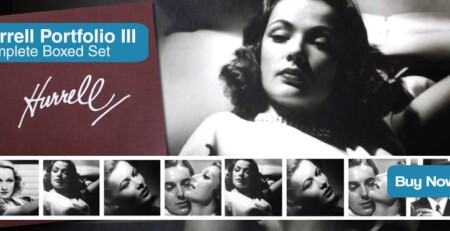 The value of a movie poster depends on 6 primary factors; its originality, its rarity, demand, its overall condition,... read more

Hello fellow movie poster collectors! If we have responded to your inquiry by directing you to this link, please forgive... read more

We do not attach an additional value to an autograph and have very few autographed items. Especially since the... read more

Instant Cash For Your Posters!