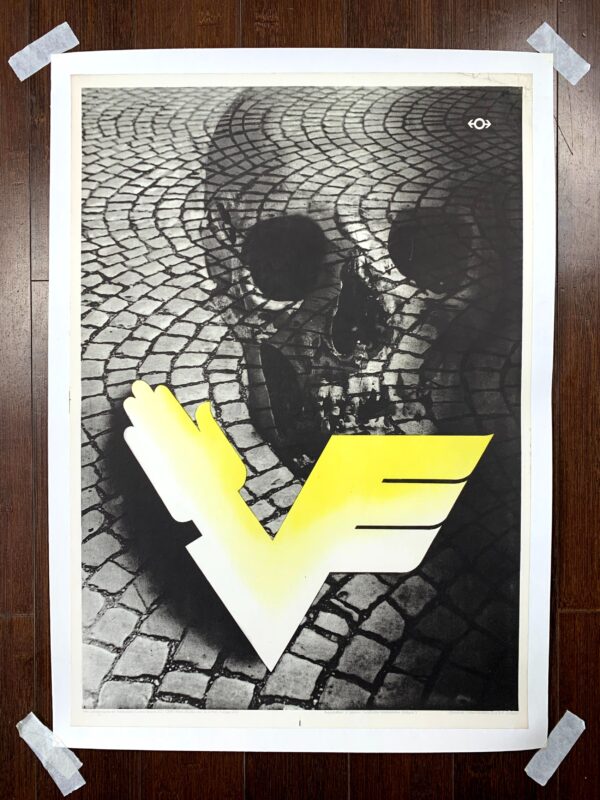 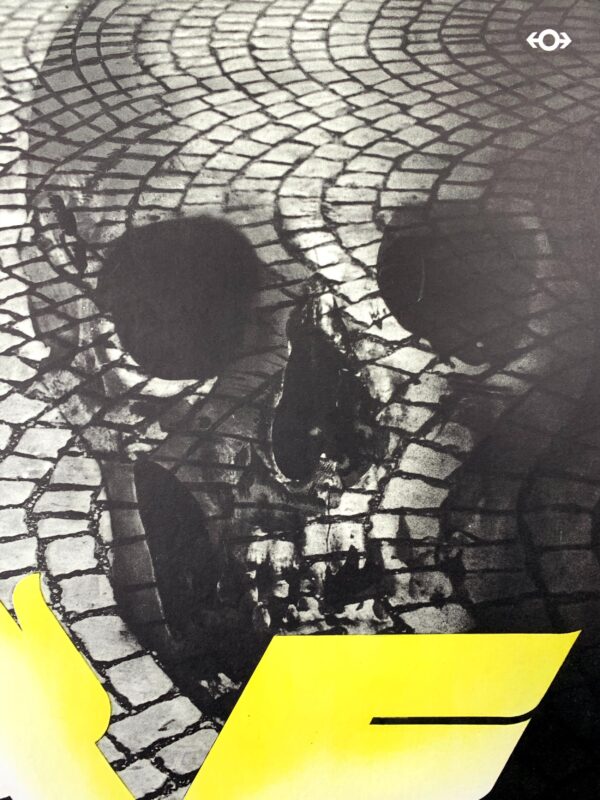 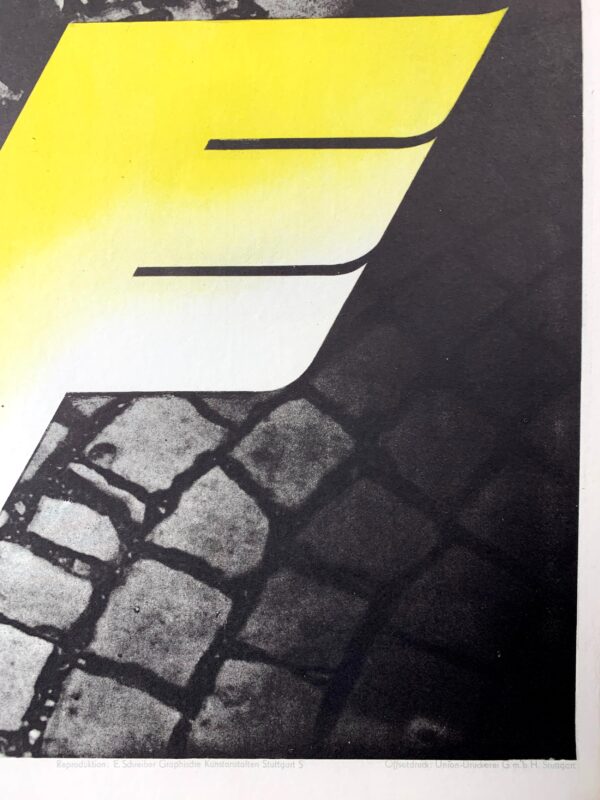 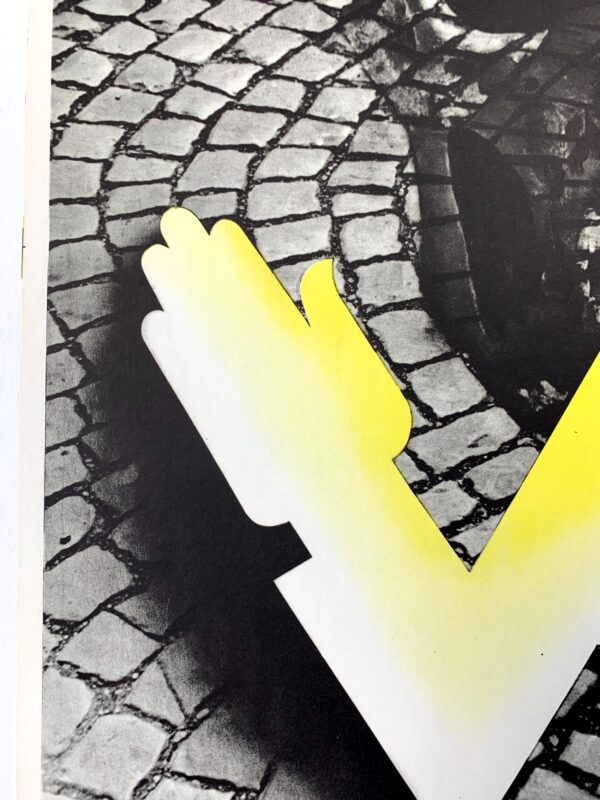 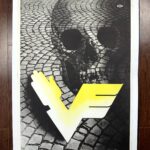 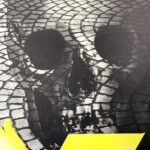 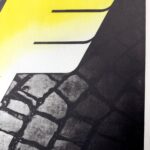 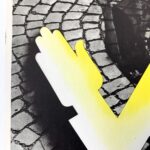 German Traffic Safety, the 1947 German poster encouraging German drivers to follow traffic laws, and featuring art of a skull on cobblestones by Walter Muller. Note that this poster was approved by the Publications Control Branch, which was part of the Information Control Division (ICD). The ICD was a department of the Office of Military Government, United States (OMGUS) during the early part of the American occupation of Germany following World War II. Its initial task was sanitizing the German media, removing figures with Nazi associations/histories and prohibiting overly nationalist or militarized content. Also, note that Walter Muller co-founded a Stuttgart advertising agency after World War II (WWII), and in 1949 he founded his own agency called “Plan+Form”.