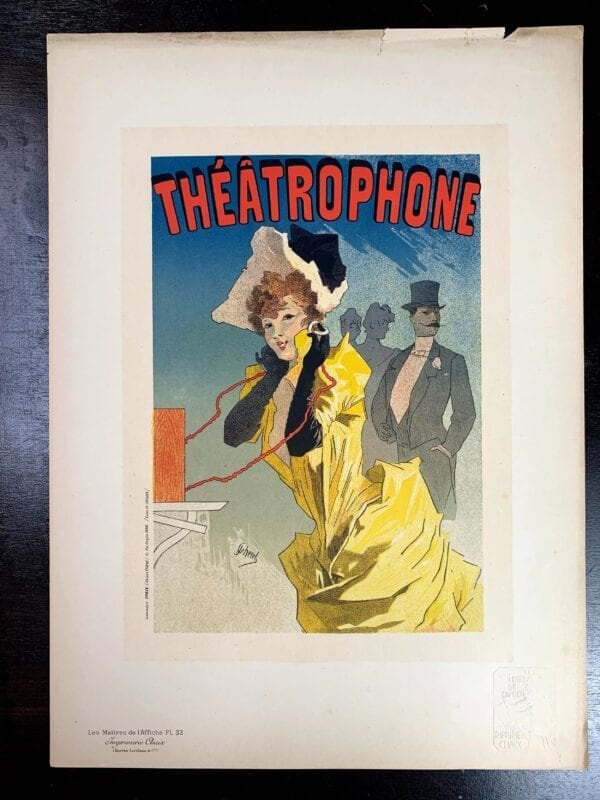 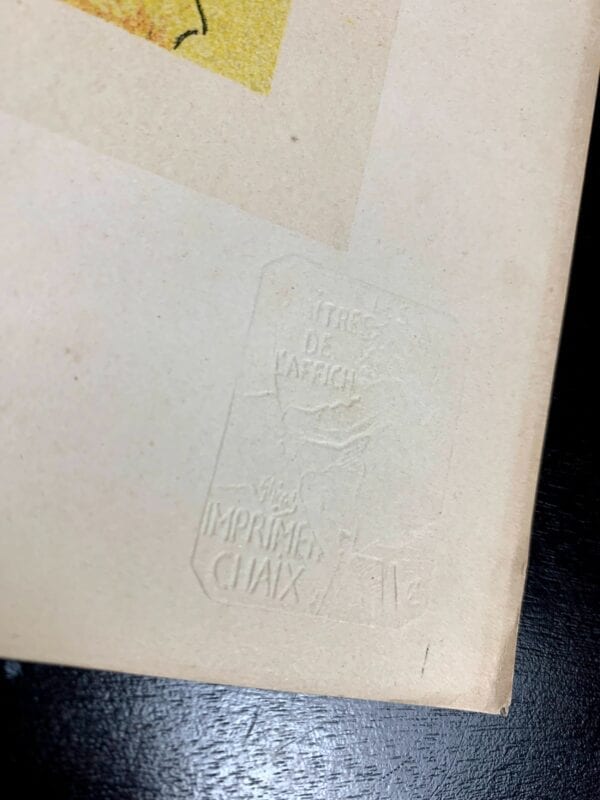 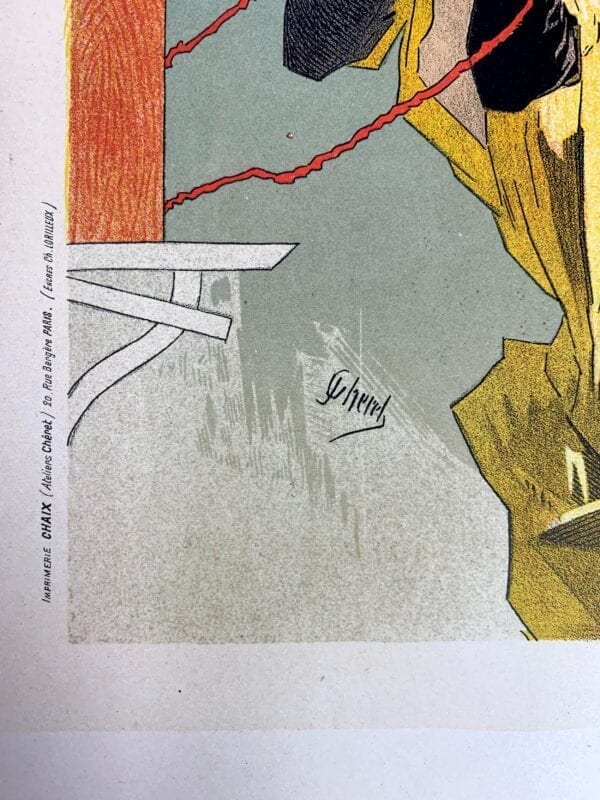 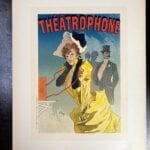 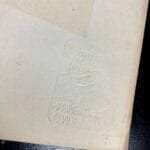 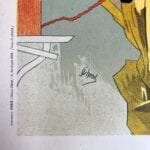 “I can be visited in bed by the brook and the birds of [Beethoven’s] Pastoral Symphony,” wrote Marcel Proust, because of the wonderful invention of the Théâtrophone. Clement Adler invented the prototype in 1881 (the first demonstrated use of binaural audio) to broadcast a Paris Opera performance to listeners at the Palais de l’Industrie. In 1890, however, the technology became commercially available – and Chéret’s poster was the definitive advertisement for it. In lightning-quick time, home subscriptions became available, while Théâtrophones were set up in hotels, restaurants, cafés and vestibules throughout Paris. Fifty centimes bought you five minutes of live music straight from the Ópera Garnier. Today, 3D audio in headphones and VR is an innovation derived directly from the binaural audio innovation of the Théâtrophone: making this poster an important artifact in the history of the recording arts and sciences.