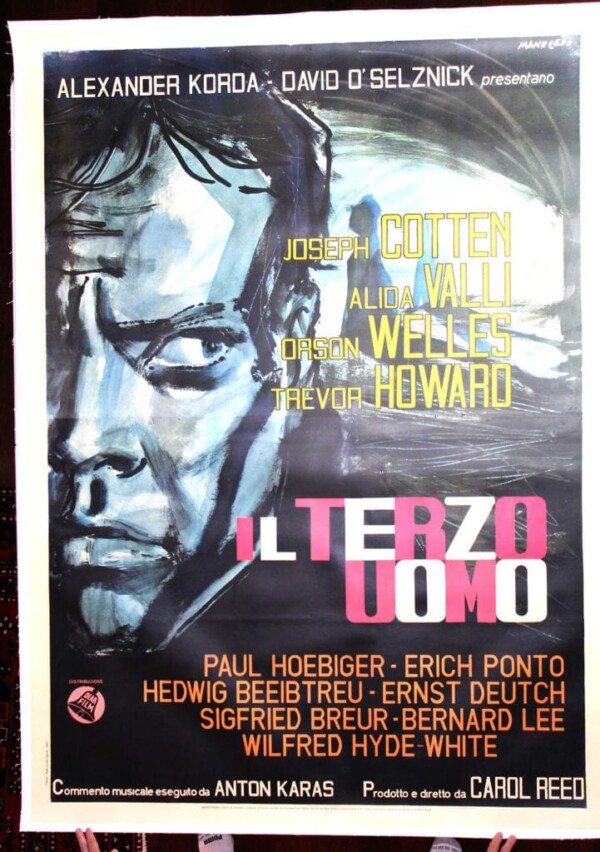 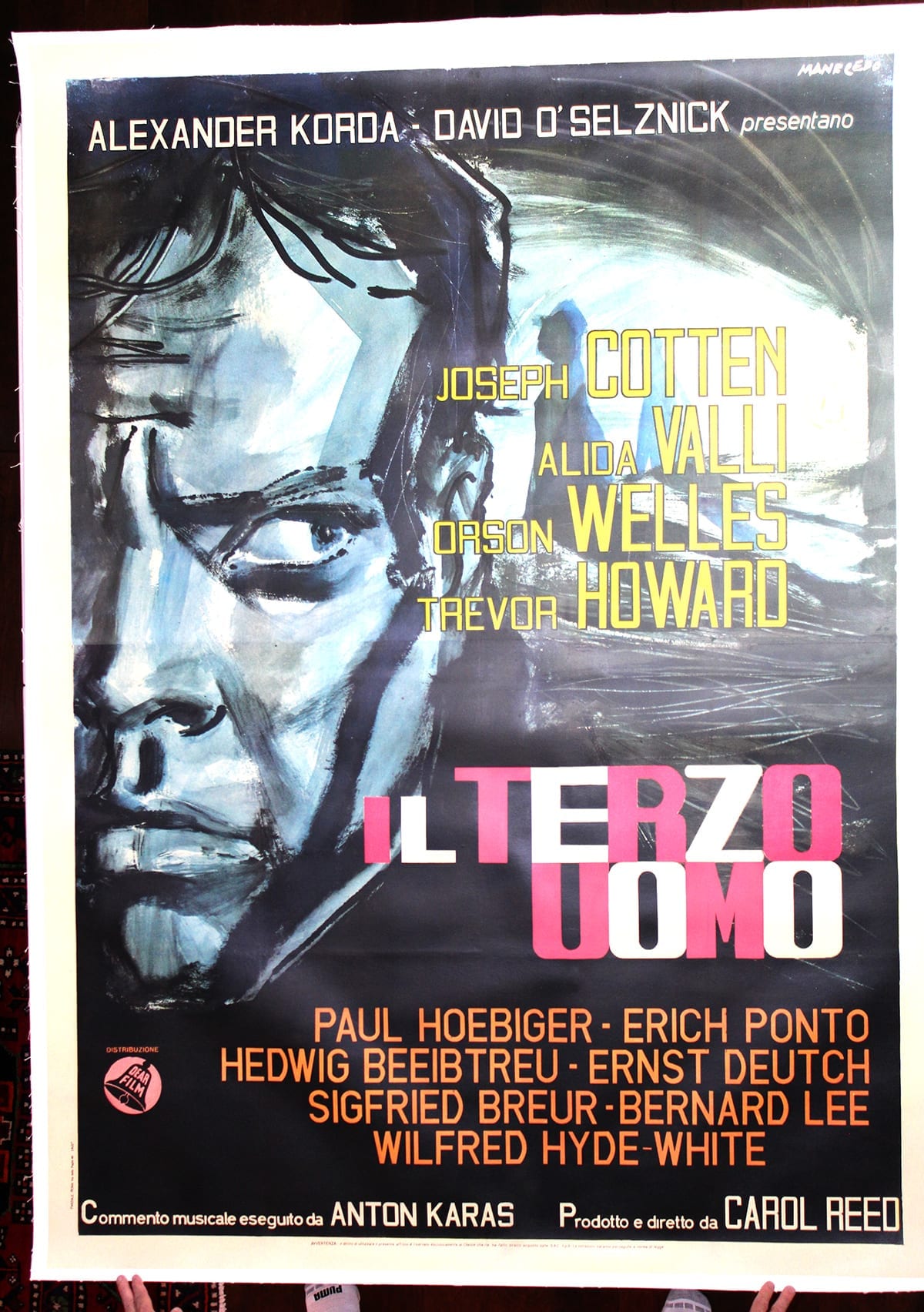 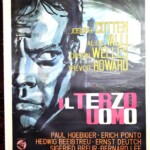 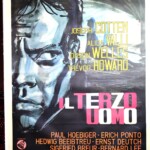 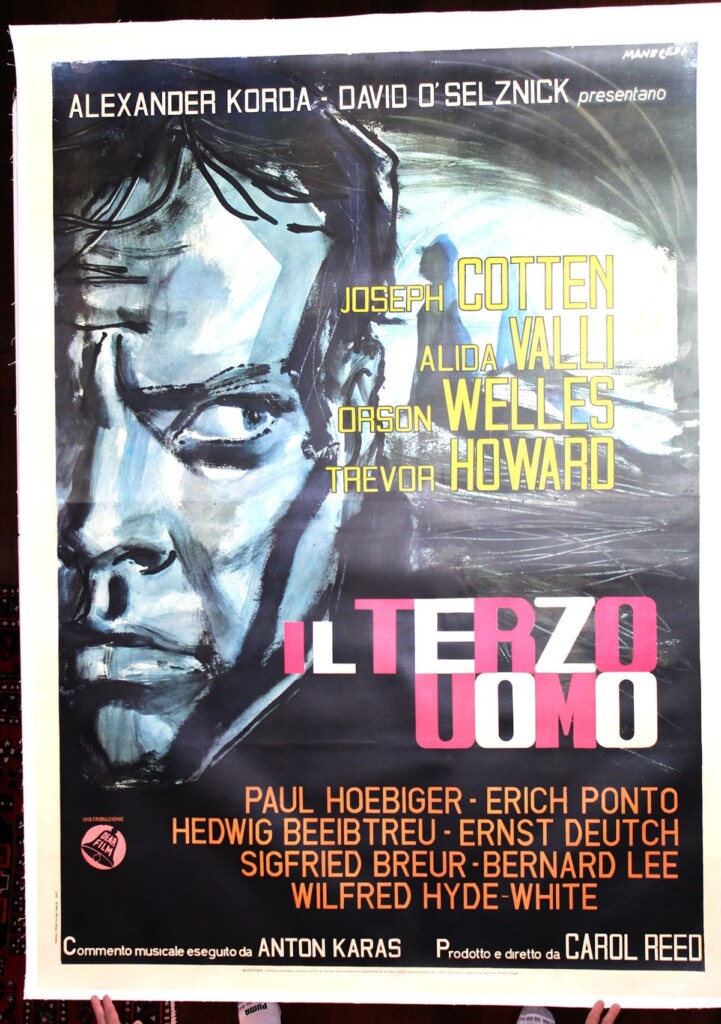 Italian artist Manfredo presents us with this impeccably moody image full of suspense for this keystone?film noir, the first of any Italian paper we have ever sold for this thrilling classic.?The Third Man?is set in post-war Vienna, and tells the story of novelist Holly Martins as he attempts to unravel the mystery surrounding the murder of his friend, Harry Lime (Orson Welles). Although the production of this film was fraught with challenges, including difficult behavior on Welles’ part and outrageous demands by producer David O. Selznick, the picture was a box office sensation, and has become one of the most important films of the period.