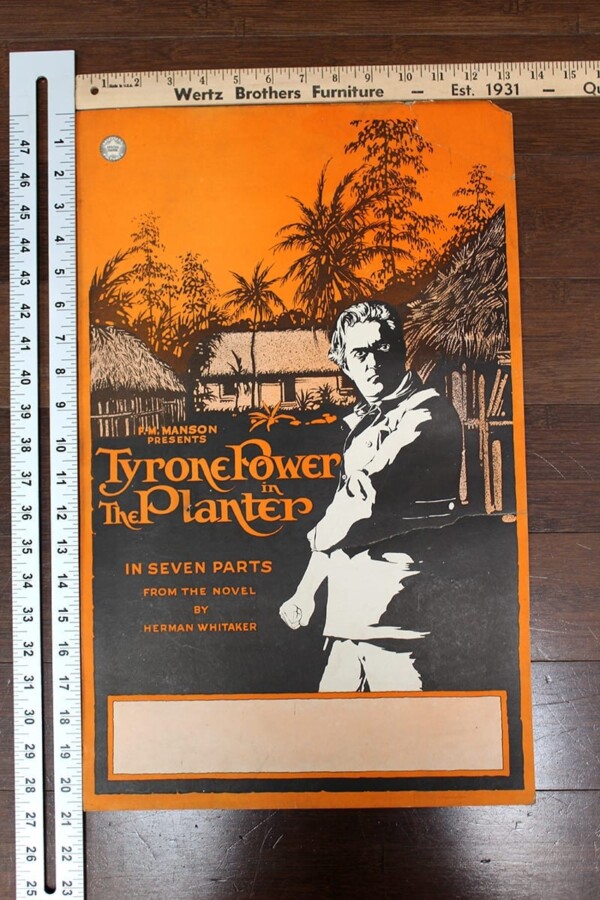 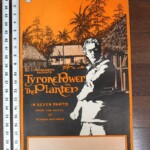 Osgood and Short are promoters floating stock in a fraudulent tropical rubber plantation among the residents of a New England community. Their best prospect is Elizabeth Mann, a wealthy widow, who is kept from investing only by the influence of her rather effeminate son. To get him out of the way the promoters offer to send him to the tropics to manage the plantation. David, having been brought to a realization of his worthlessness through a curt refusal of marriage, accepts, and is soon landed in the tropics. He meets Senora Morales, a Mexican slave dealer and her daughter, Consuela. They are just departing to deliver a number of slaves to Ludwig Hertzer, the most feared and hated planter on the Isthmus. David gets an insight into Hertzer’s peculiar character, and the horror and brutality of the rubber slavery system. Next morning Senora Morales and Consuela arrive with the slaves, among them a big Yaqui chief, to whom Hertzer’s half-breed daughter is attracted. Going on to his own plantation, David finds that it is little more than a rubbish heap and sends a cable to his mother not to invest, but this is intercepted by Hertzer for his personal gain. David’s housekeeper, Andrea, is a wild, sensuous daughter of the tropics, and endeavors to appropriate David to herself. David turns his attention to reforming conditions and building up the plantation, especially after he hears that his mother has invested in the company. Crazed by the unspeakable brutality to which they are subjected on Hertzer’s plantation, the Yaqui chief and his sister escape. In the flight the sister is killed by Hertzer and the following morning the Yaqui is captured, taken back and terribly flogged. Andrea’s fight to win David reaches a climax when, after he had ridden by a stream and had seen her bathing, he yields to the lure of her dancing and love-making that night. They are interrupted by cries of yellow fever and, as David goes to attend the sick man, the slaves and Andrea, after looting the hut, follow them. After writing a letter to Morales for more slaves, David is himself stricken with the fever. Morales being away from home, Consuela brings the slaves. Hertzer accompanies her and nurses him back to life. While nursing the sick man, Hertzer schemes to have David removed by Osgood and Short so that he may manage the plantation and divide the spoils with the promoters. Consuela assists David in his reforms by opening a school for slave children. David asks her to marry him. She agrees, providing his mother consents. At that moment Hertzer brings a letter authorizing him to take charge of the plantation, and, as David speeds back to New England to gain his rights, Consuela stays on to try to protect his interests. Hertzer urges Consuela to marry him. In answer to her query as to why he has been so brutal, he explains that because years ago native bandits killed his wife and stole his baby, and this had so warped him that he thought only of revenge. In New England David secures control of the plantation, while his mother writes to Consuela urging her marriage with David. Patricia obtains the letter and shows it to Hertzer, who is so enraged that he locks her up in a hut and, after a night of drinking, starts to wreak his vengeance on her. Drunk, he wanders into the jungle, where he falls unconscious. Returning home, Morales finds that Consuela is at Hertzer’s, and starts out for her, with David, who has just returned. Morales is killed. That evening Hertzer goes to the hut and attacks Consuela. She is saved by the arrival of her slave. Patricia pleads with Hertzer to give up his plan, but Hertzer locks her up in another hut and goes back to Consuela. He now plans to mate her with a slave. The slave is brought in, but Consuela is again saved by an uprising of the slaves. A battle ensues between them and Hertzer and the overseers. Hertzer is left helpless on the ground by the Yaqui chief, who, to avenge himself for the death of his sister, carries off Hertzer’s half-breed daughter, Patricia. The slaves burn the plantation and Hertzer, a physical wreck, plans his worst revenge. If he cannot have Consuela he determines that no one else shall, and crawling to the hut, he sets fire to it, to burn both of them. David, nearing the plantation, sees the flames and rescues Consuela. Carrying her out, he adds mental anguish to Hertzer’s death by telling him that Consuela is his own daughter. He revives Consuela and all ends happily.
Directors: Thomas N. Heffron, John Ince
Writers: Harry C. Drum (scenario), Herman Whitaker (novel)
Stars: Tyrone Power Sr., Lamar Johnstone, Mrs. Tyrone Power
Please refer to the attached image for a detailed view and condition of this original vintage poster. With AAA Vintage Posters your purchase is backed by our 100% Money Back Satisfaction Guarantee!