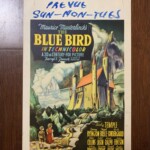 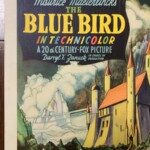 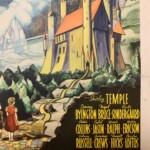 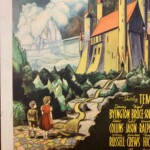 The Blue Bird is a 1940 American fantasy film directed by Walter Lang. The screenplay by Walter Bullock was adapted from the 1908 play of the same name by Maurice Maeterlinck. Intended as 20th Century Fox’s answer to MGM’s The Wizard of Oz, which had been released the previous year, it was filmed in Technicolor and tells the story of a disagreeable young girl (played by Shirley Temple) and her search for happiness. Despite being a box office flop and losing money, the film was later nominated for two Academy Awards. Condition: EXC Please refer to the attached image for a detailed view and condition of this original vintage poster. With AAA Vintage Posters your purchase is backed by our 100% Money Back Satisfaction Guarantee!