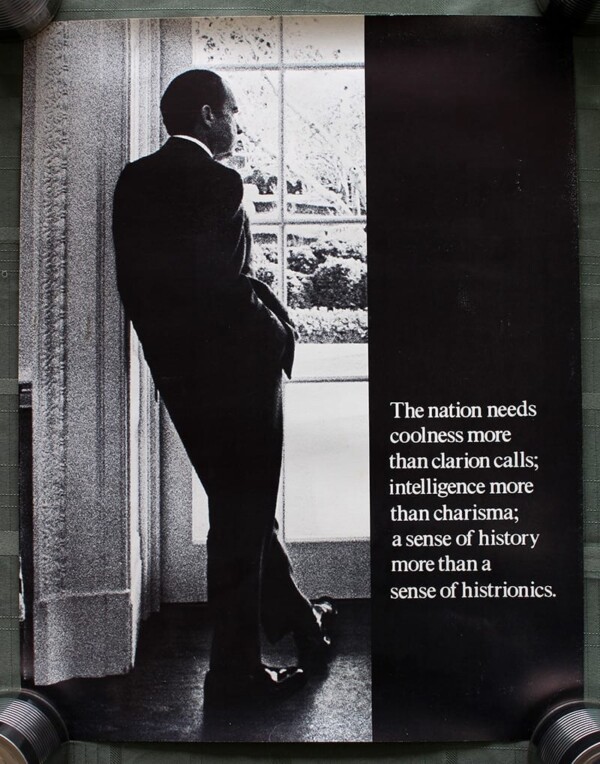 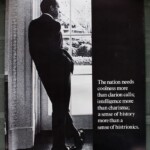 Original poster from the 1972 re-election campaign of Richard Nixon for President of the United States. This official poster promoted Richard Nixon for president, . “The nation needs coolness more than clarion calls; intelligence more than charisma; a sense of history more than a sense of histronics”. This is one of the more interesting posters from this era. The mood of the president as he looks out the White House window – alone – suggested that Nixon was the man who could calmly and deliberately handle the struggles in the nation and the Vietnam war. At least that was the message the politicians attempted to suggest