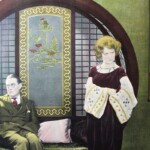 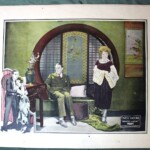 This comedy was a satire on serious melodrama, and ex-Mack Sennett director Henry Lehrman gave it as many thrills as it had laughs. Less successfully, it featured titles by several newspaper columnists, who proved they were wittier on paper than they were on screen. Owen Moore (who, aside from being Mary Pickford’s first husband, was an accomplished farceur) plays Richard Boyd, a wealthy idler so cool that he never loses his top hat throughout the film. The use of blackface actors in American films did not end until the 1930s when public sensibilities regarding race began to change and blackface became increasingly associated with racism and bigotry. Starring: Owen Moore, Pauline Garon, Tom Wilson. Director: Owen Moore. Condition: Overall displays in Very Good condition. Please refer to the attached image for a detailed view of this original vintage poster. And remember, your purchase is backed by our 100% Satisfaction Guarantee!