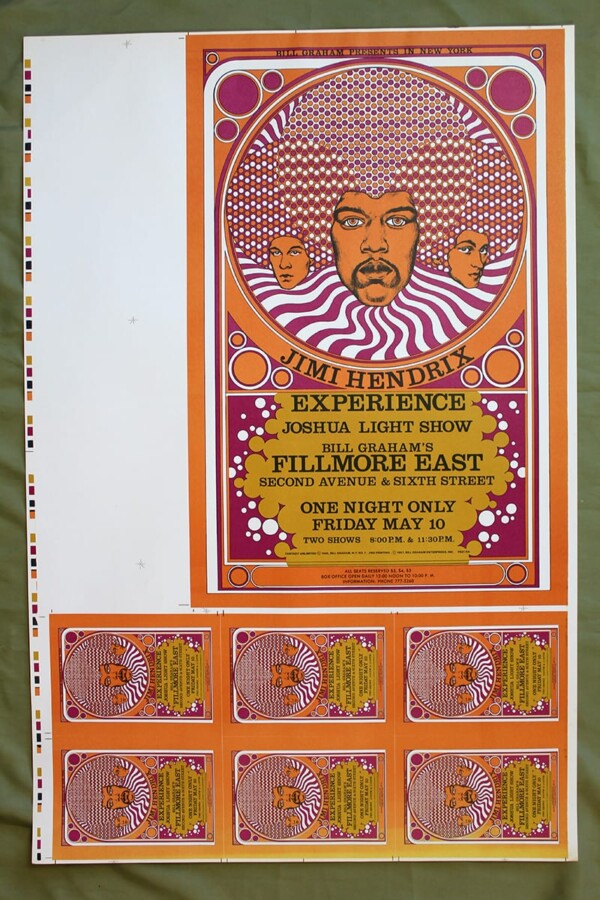 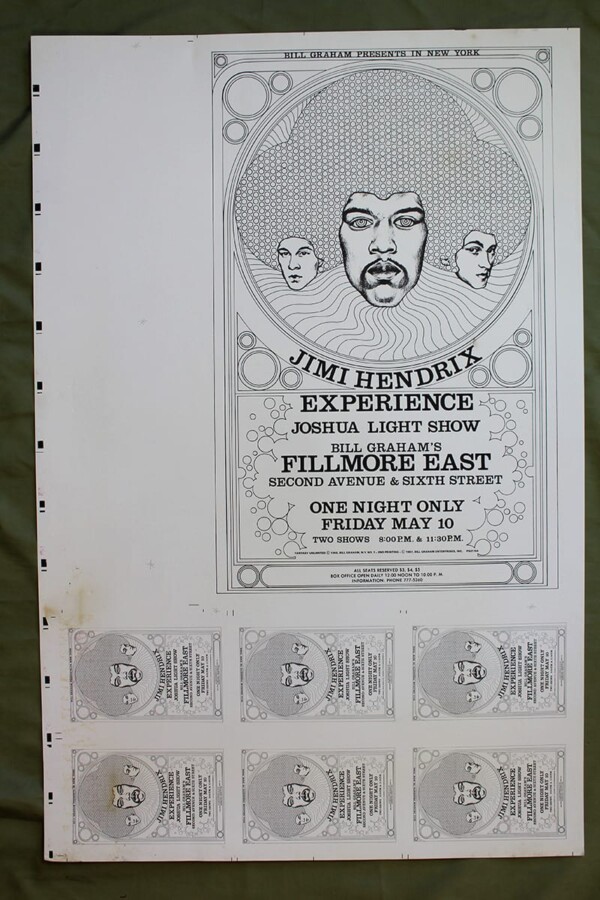 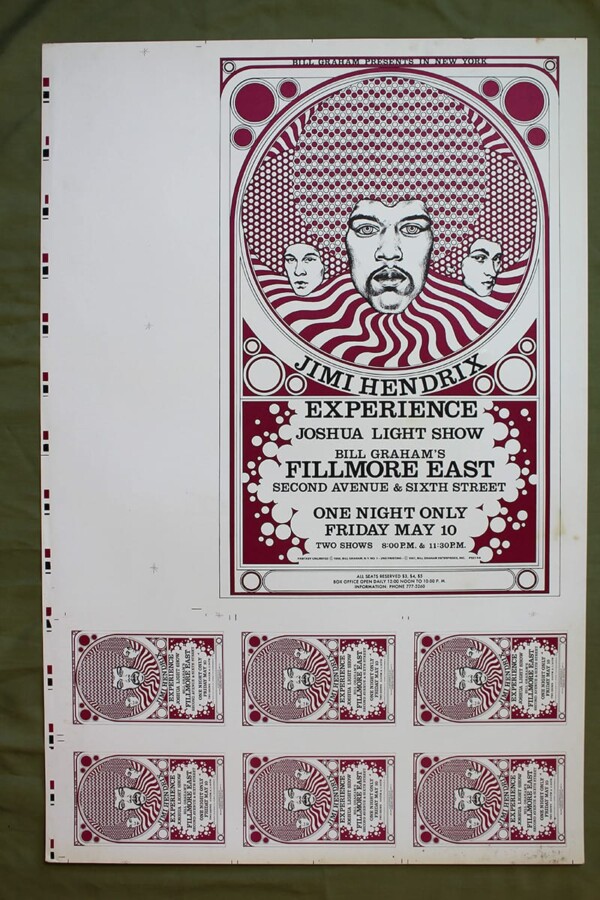 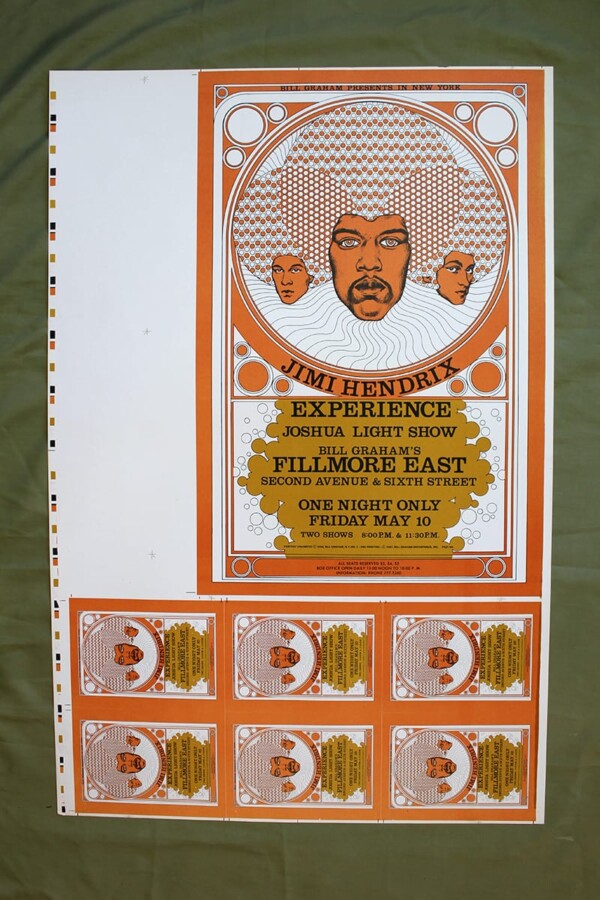 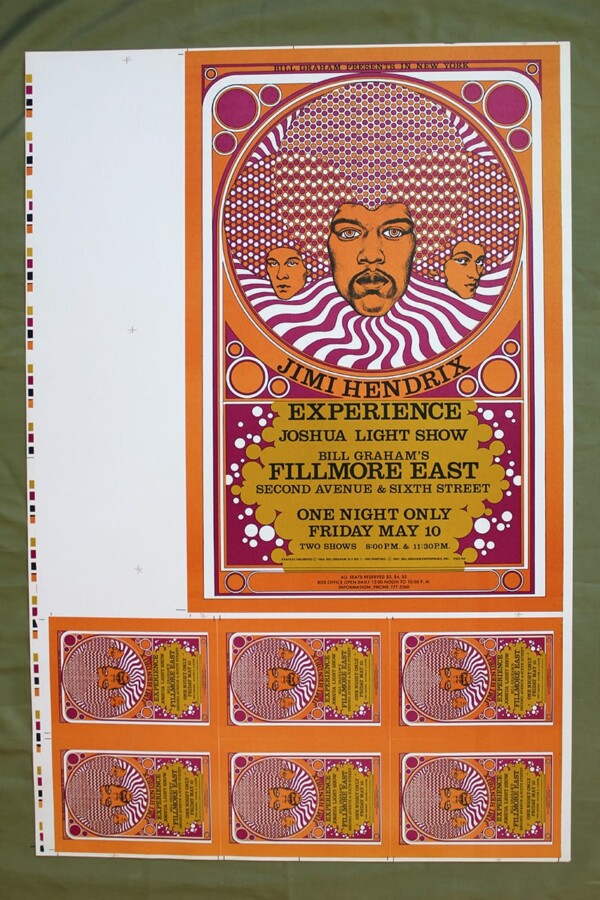 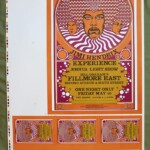 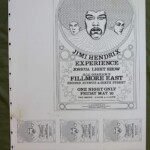 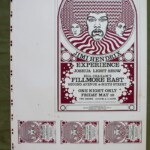 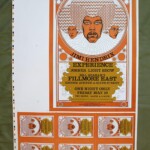 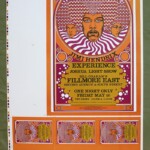 Artist: David Byrd
Performers: Jimi Hendrix Experience
David Byrd used a drop-bow compass to draw the little circles, and he labored to get Hendrix’s hair “… Just right.” Hendrix was at the height of his career in mid-1968, and he did two shows for the one-night-only concert. Sly & the Family Stone, not mentioned on the poster, was the second band. Just starting to get airplay, Sly was relatively unknown and was heckled by a crowd that couldn’t have cared less who was opening up for Hendrix.

As the exclusive designer for the Fillmore East, Byrd produced 11 posters for Bill Graham between 1968-71. With his architectural training, powerful linework and sense of dimension and balance, Byrd said his understanding of symmetry “… Led [me] right up to Art Nouveau. Add to that my LSD experiences, and it all connected up somehow.” Byrd’s credits include concert poster designs for Jimi Hendrix, the Who, the Grateful Dead, movie posters for Godspell and Jesus Christ Superstar, posters for The Pasadena Playhouse productions, cover art for TV Guide, and work for Warner Bros.