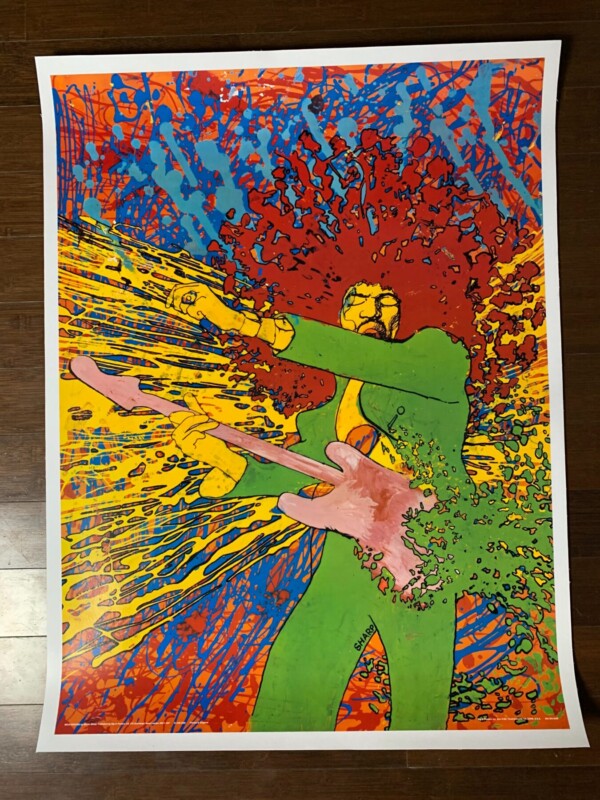 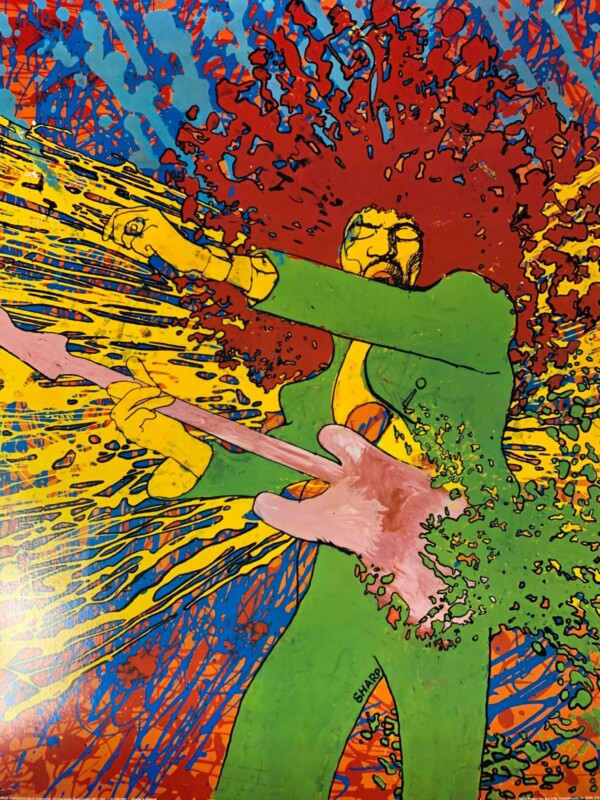 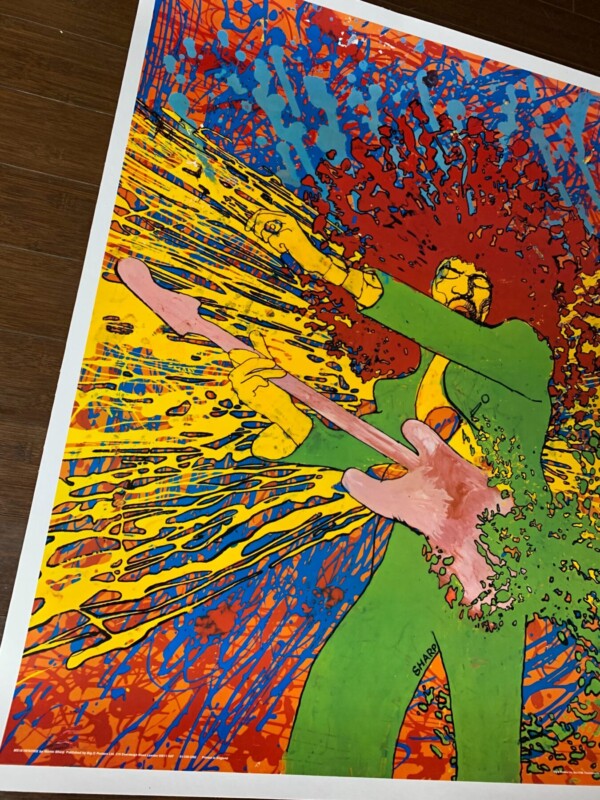 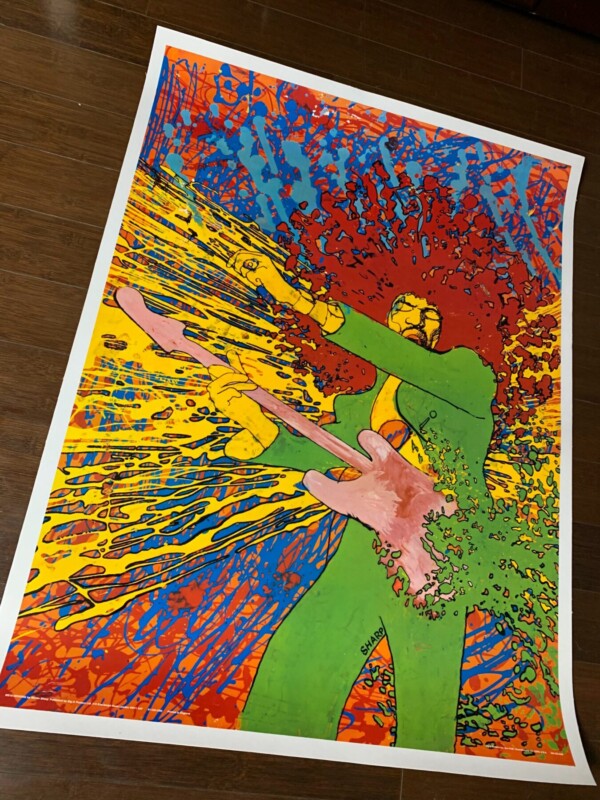 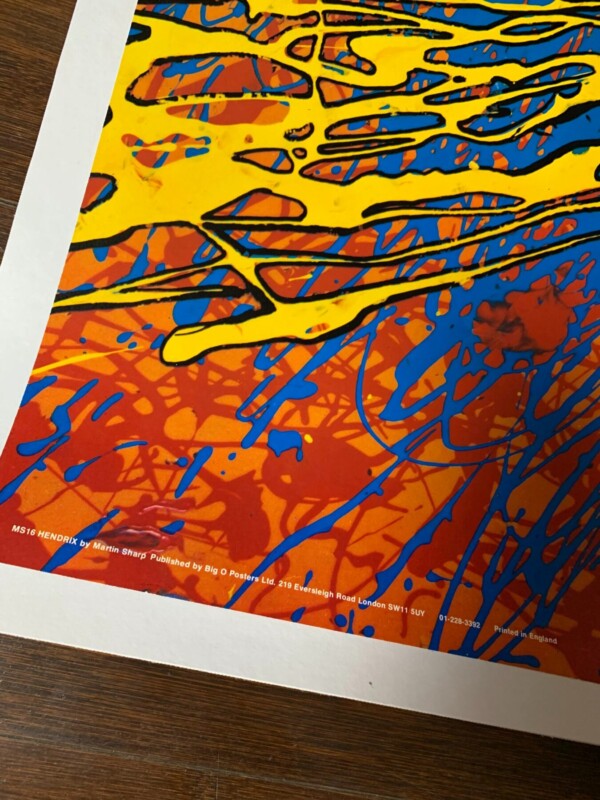 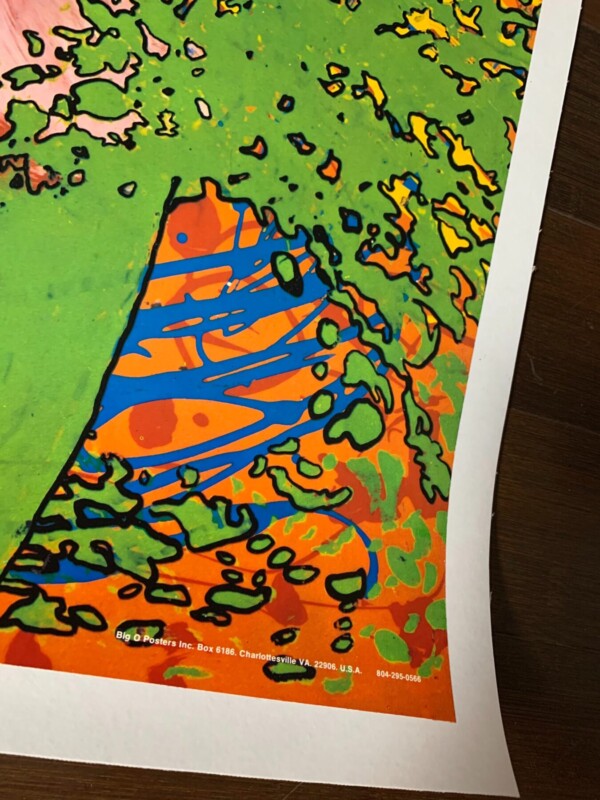 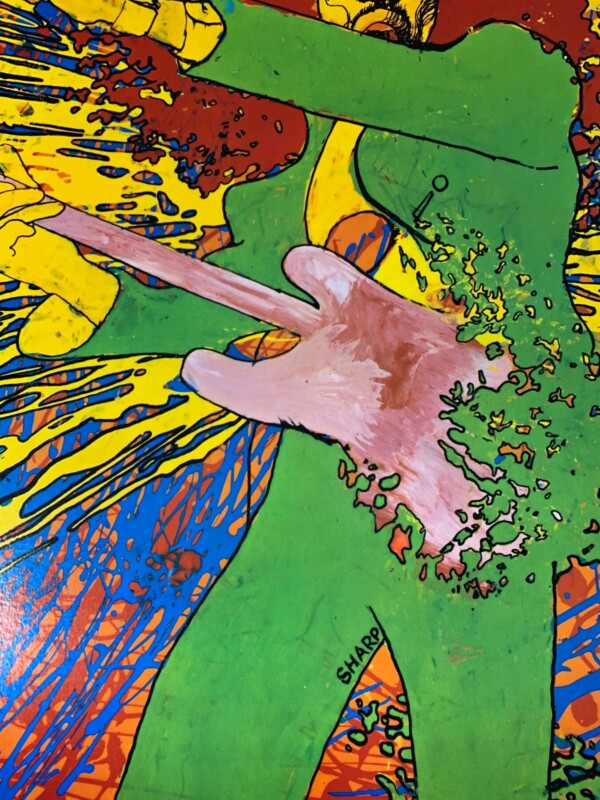 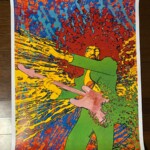 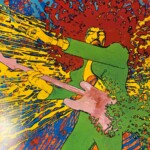 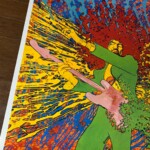 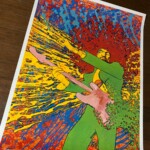 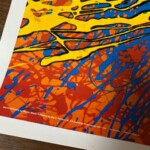 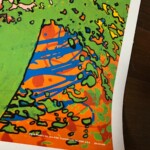 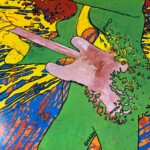 During the first half of 1968, Australian artist Martin Sharp (1942-2013), produced this stunning painting in acrylic on mylar of Jimi Hendrix. A variant watercolor version was shortly thereafter transformed into a page for London’s underground OZ magazine and a poster entitled Explosion which was offered for sale by the Big O Poster company. Sharp’s Explosion is one of the iconic posters of the late Sixties – capturing a moment in time when the excitement and energy of Jimi Hendrix was combined with the psychedelic art of the time to produce a truly explosive work.

At this time, Sharp was living in London in a large flat with Eric Clapton, Australian feminist author Germaine Greer, photographer Bob Seidemann and various other creative bohemian types. The image of Jimi Hendrix is based on a Linda McCartney photograph taken at the Rheingold Festival in Central Park, NY, July 1967. The New York concert was attended by 18,000 people. Eastman’s photograph is a classic shot of Hendrix in action, with his signature white fender guitar and pick arm extended as in a full-body chopping motion. It is interesting to note that this was one of Hendrix’s first public appearances in the United States following his success at the Monterey Pop festival the previous month.

Sharp saw Hendrix perform on a number of occasions and met him in person. The excitement of a Hendrix performance was something Sharp had personally experienced in the intimate London clubs when the American exploded onto the London scene. Sharp’s portrait went beyond Linda Eastman’s photo with a frenetic presentation of color in the Jackson Pollock style which attempted to replicate the psychedelic experience of a live performance and the multi-layering of Hendrix’s unique guitar sound.

This is the first US printing done in 1970. It was printed in England by publisher Big O and distributed through their U.S. arm located in Charlottesville, VA.