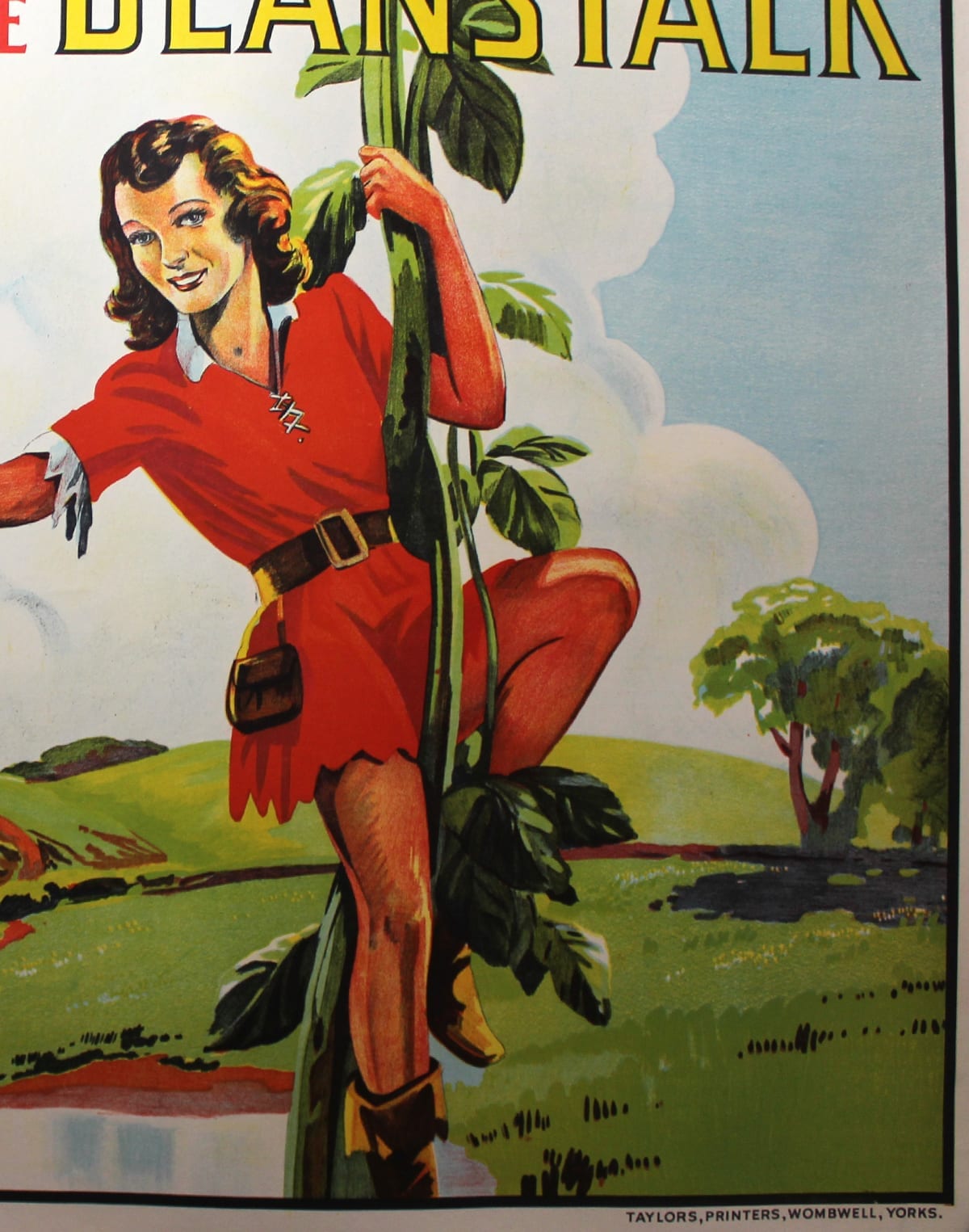 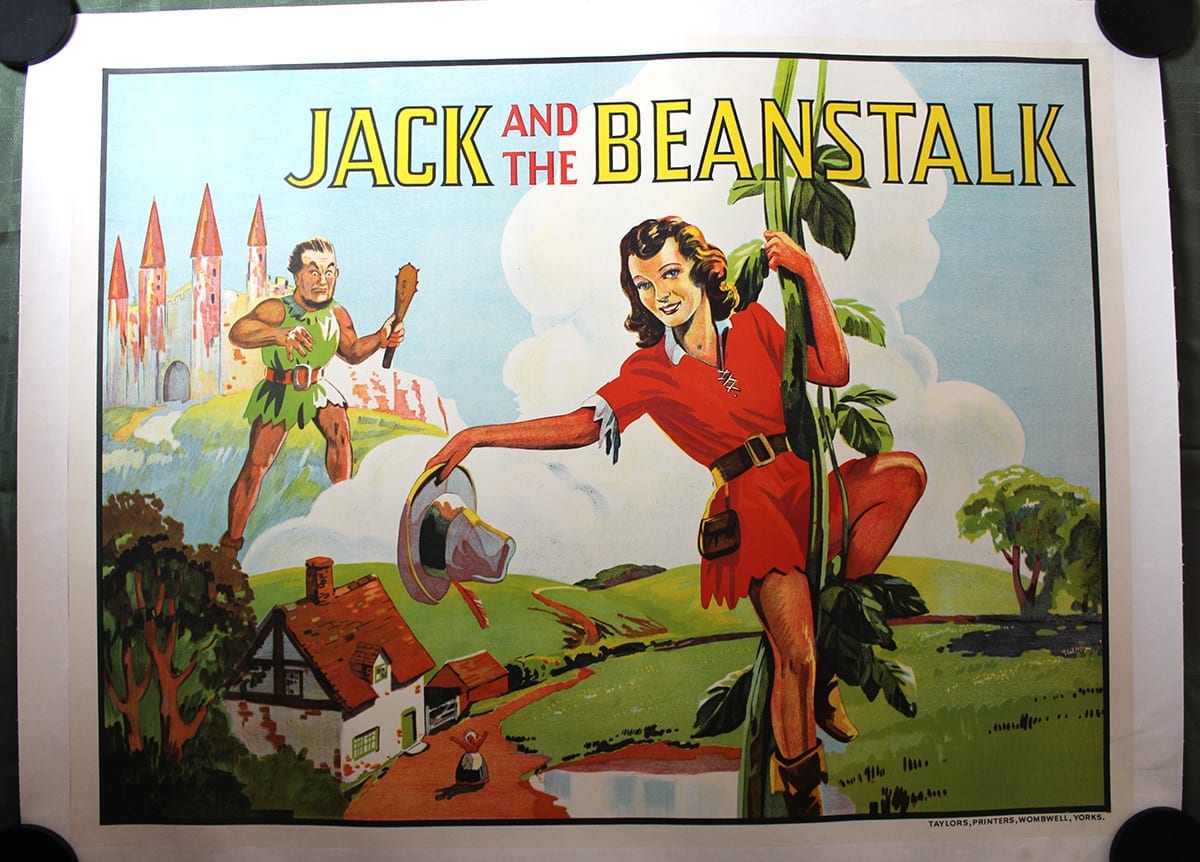 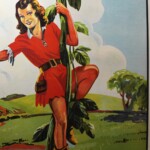 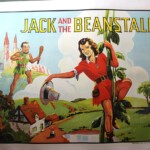 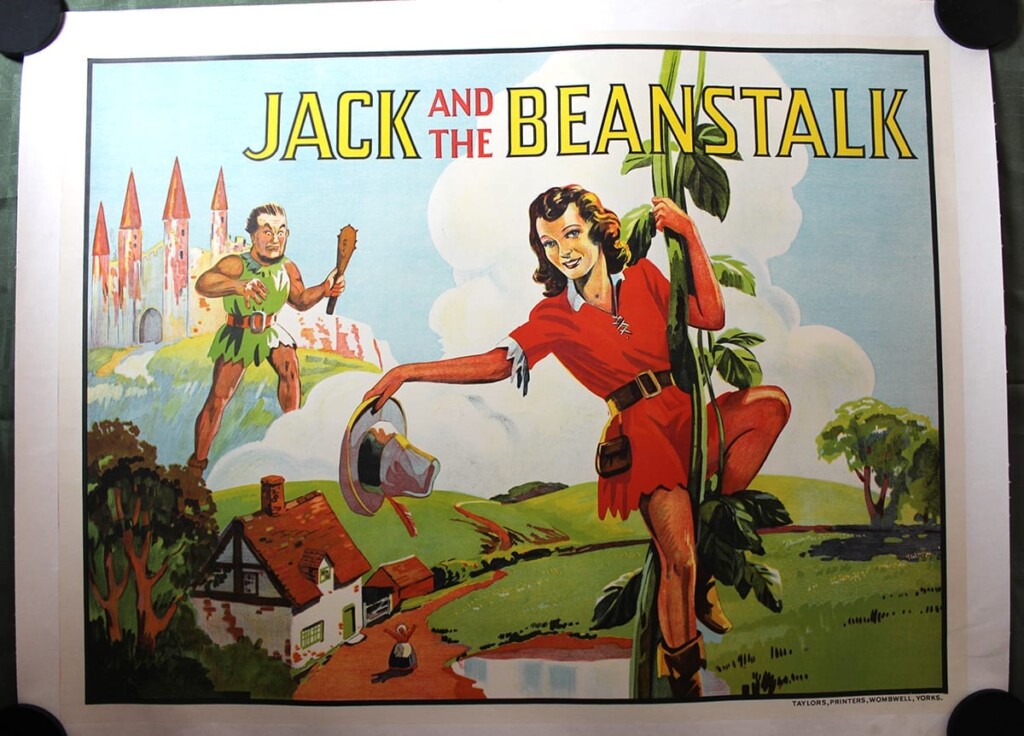 Jack and the Beanstalk, the circa 1930s English stage play production. The quad poster features cool artwork of a female Jack climbing a vine with an angry giant in the background and the three-sheet has artwork of a female Jack holding an axe by the stump of the beanstalk! A collector from England tells us he believes that this poster (and the other English stage play posters from other classic fairy tales) were used for local Christmas pantomimes (that were very professional productions) that were held all over England for many years. Most of the posters were produced by Taylors of Wombwell from 1929 to the late 1930s (but it seems likely that the posters we are auctioning date from the late 1930s). It was quite common in those pantomimes for women to play boys’ roles, and for men to play the roles of unlikeable women (like witches and mean old ladies!).