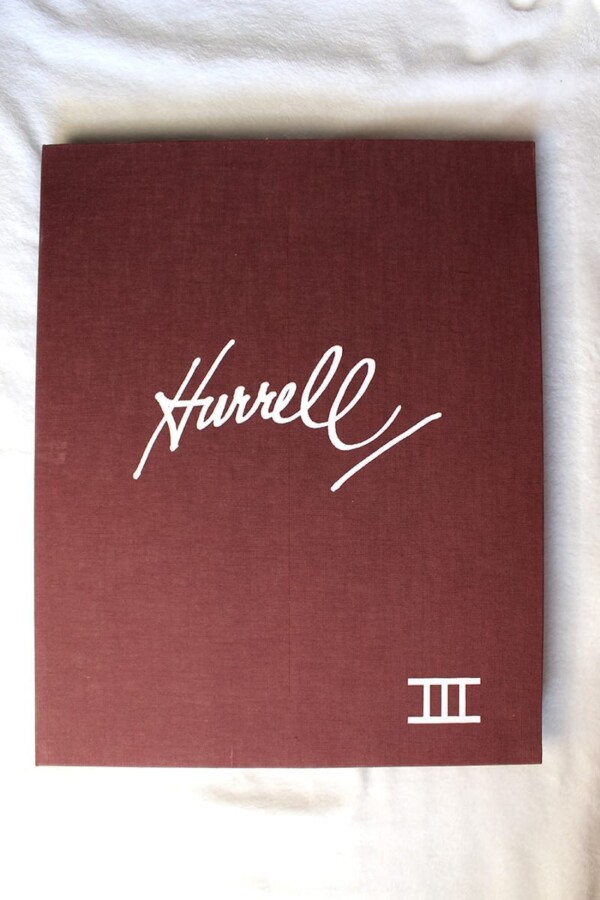 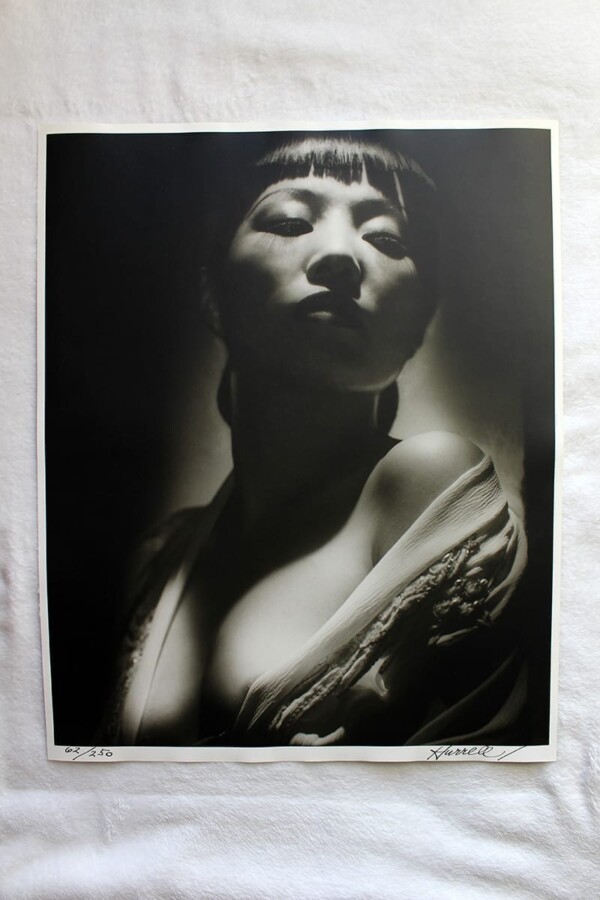 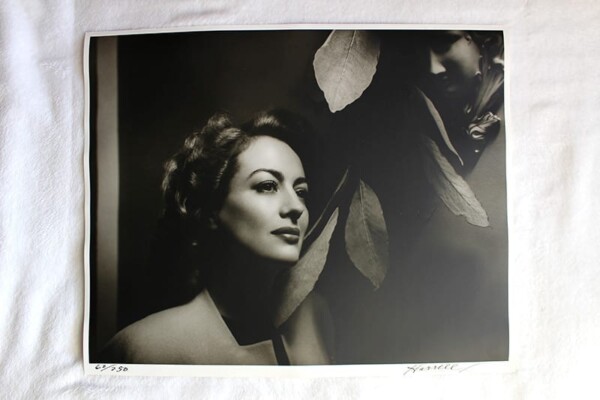 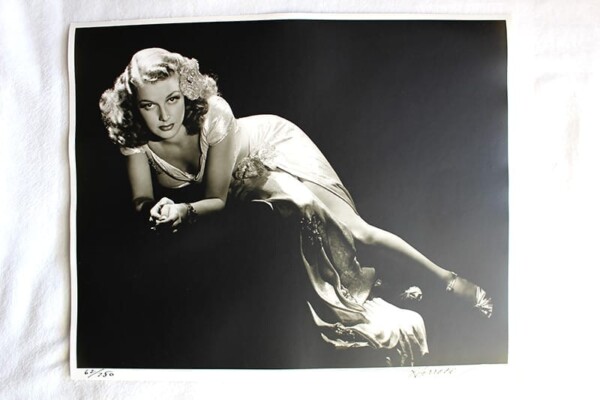 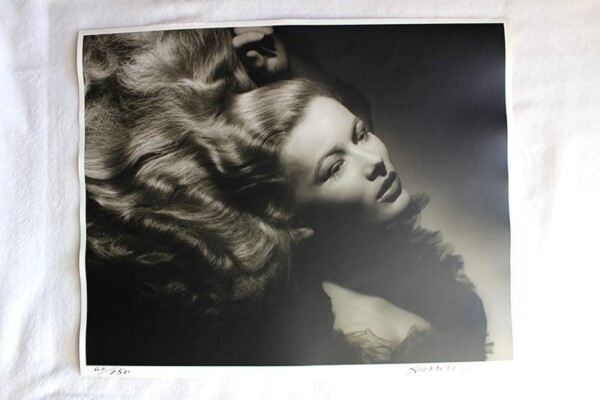 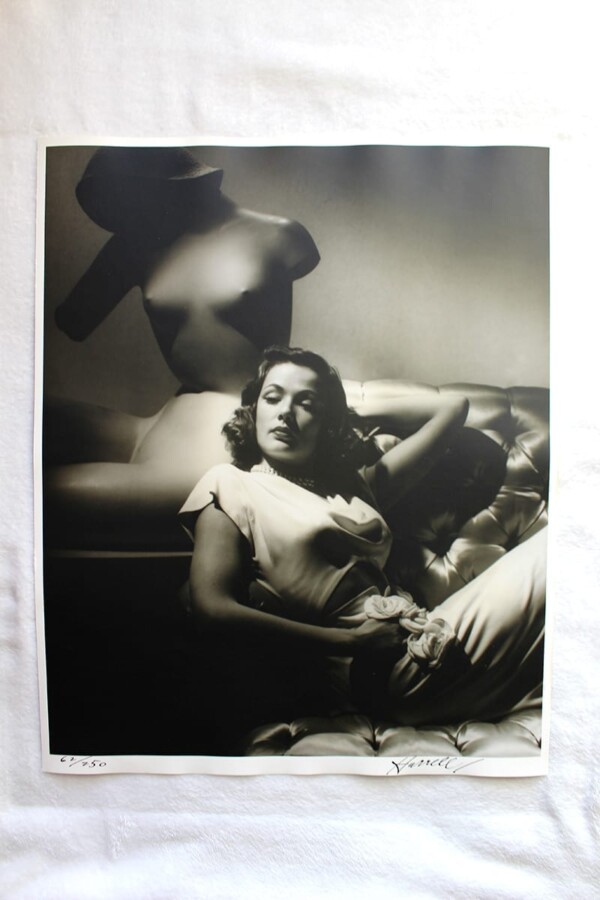 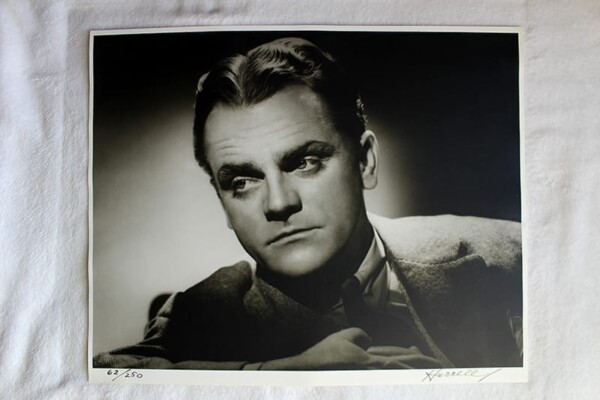 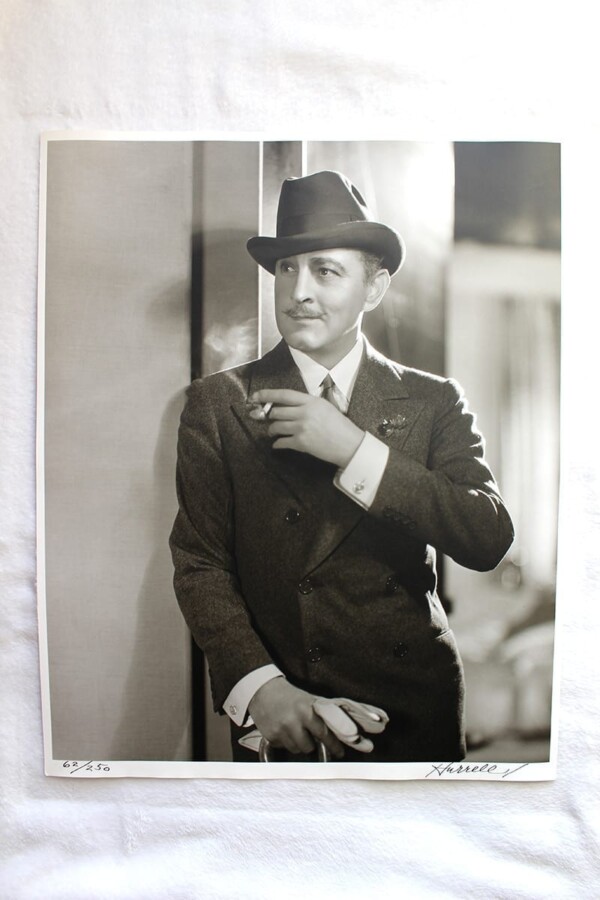 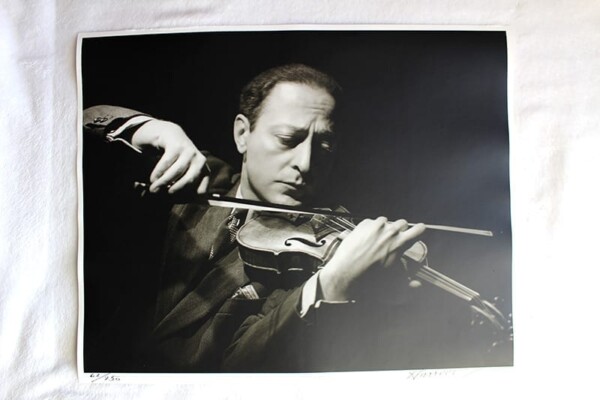 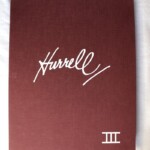 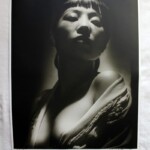 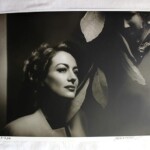 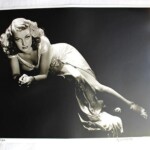 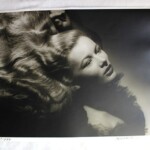 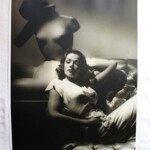 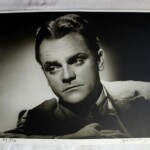 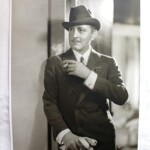 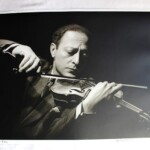 Please Note: Limited Edition Run of 250. We have a couple of sets and will send the lowest number first.

A very fine collection of large original hand signed and numbered photographs. A wonderful collection of iconic images of these great performers.

Silver gelatin emulsion photographs 16″ x 20″. George Hurrell is credited with creating the glamour image of Hollywood through his lush and beautifully illuminated portraits of film and music stars. He set the new Hollywood standard for all that followed. In 1979-1982 he released three portfolios in limited editions, for which all printing and quality was supervised by Hurrell and each print was signed and numbered in pen by him. This is Series III.

Condition: Displays in Excellent condition. Please refer to the attached images for a detailed view of this beautiful set.

George Edward Hurrell was born on June 1, 1904 in Cincinnati, Ohio.  His father, Edward, was born there too, of English and Irish parents.  His paternal grandfather had come from Essex, England where the family had been successful shoe manufacturers for several centuries.  Hurrell’s mother, Anna Mary Eble was born in Germany, but had moved with her family to Cincinatti as a child.

Hurrell came from a large Catholic family and had four brothers and a sister.  His youngest brother, Randy, studied to become a priest, but quit the seminary about one month before taking his vows.  His sister, Elizabeth, went to a nunnery and almost took her vows but decided not to, eventually marrying and raising a family.  An alter boy during his youth, upon reflecting on what his own career path might be, a young George Hurrell initially signed up at the Quigley Seminary in Chicago to become a priest, but decided to go to art school instead. He said, “As long as I can remember I wanted to be an artist.  As a boy, I was drawing all the time, in school and out.  Art was my favorite class in high school.”  Following graduation from high school, that summer he enrolled at the Chicago Art Institute, and later took night school classes at the Academy of Fine Arts studying painting.

Hurrell became acquainted with the camera while in art school, because students typically photographed various indoor and outdoor scenes to use as reference while painting.  Also, serious art students made sure they had a ready inventory of photographic images that they wanted to paint, so that they could use these as reference during the cold winter months when it snowed.

In the late 1920s, Hurrell was introduced to the actor Ramon Novarro, by Pancho Barnes, and agreed to take a series of photographs of him. Novarro was impressed with the results and showed them to the actress Norma Shearer, who was attempting to mould her wholesome image into something more glamorous and sophisticated in an attempt to land the title role in the movie The Divorcee. She asked Hurrell to photograph her in poses more provocative than her fans had seen before. After she showed these photographs to her husband, MGM production chief Irving Thalberg, Thalberg was so impressed that he signed Hurrell to a contract with MGM Studios, making him head of the portrait photography department. But in 1932, Hurrell left MGM after differences with their publicity head, and from then on until 1938 ran his own studio at 8706 Sunset Boulevard.

Throughout the decade, Hurrell photographed every star contracted to MGM, and his striking black-and-white images were used extensively in the marketing of these stars. Among the performers regularly photographed by him during these years were silent screen star Dorothy Jordan, as well as Myrna Loy, Robert Montgomery, Jean Harlow, Ramon Novarro, Joan Crawford, Clark Gable, Rosalind Russell, Marion Davies, Jeanette MacDonald, Lupe Velez, Anna May Wong, Carole Lombard and Norma Shearer, who was said to have refused to allow herself to be photographed by anyone else. He also photographed Greta Garbo at a session to produce promotional material for the movie Romance. The session didn’t go well and she never used him again.