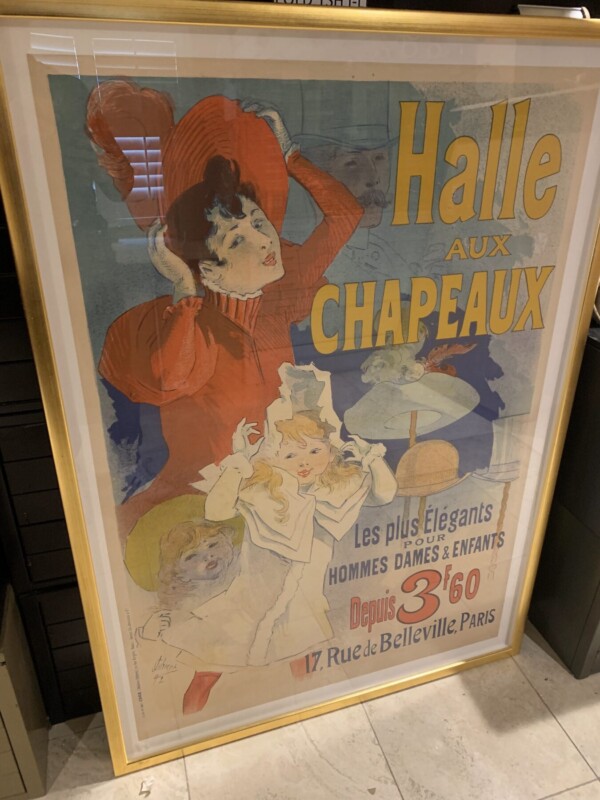 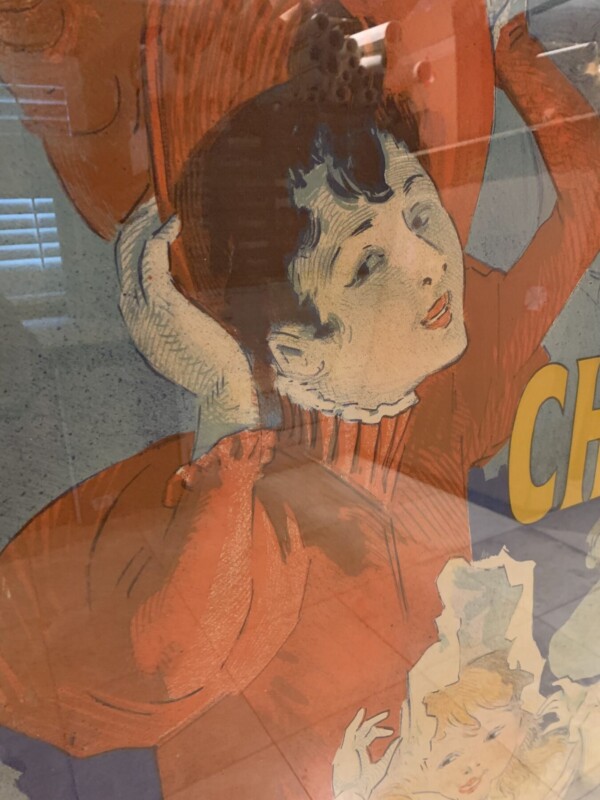 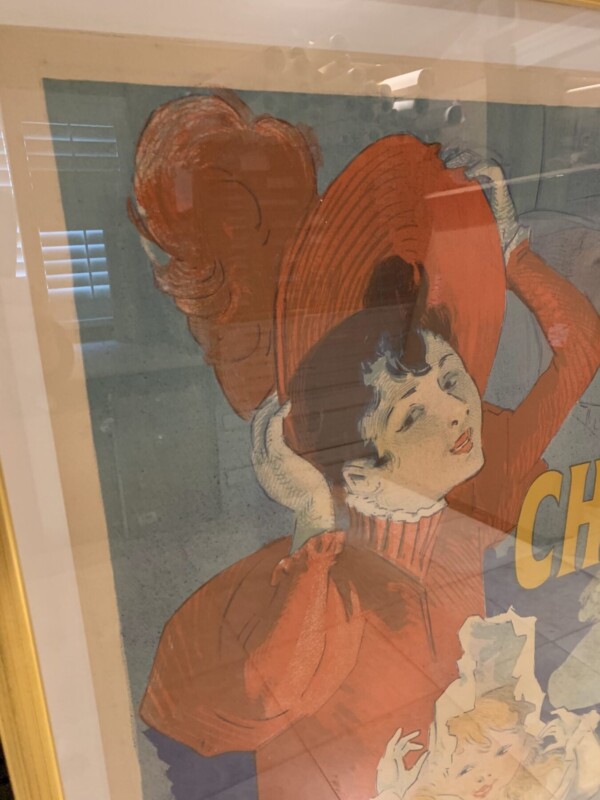 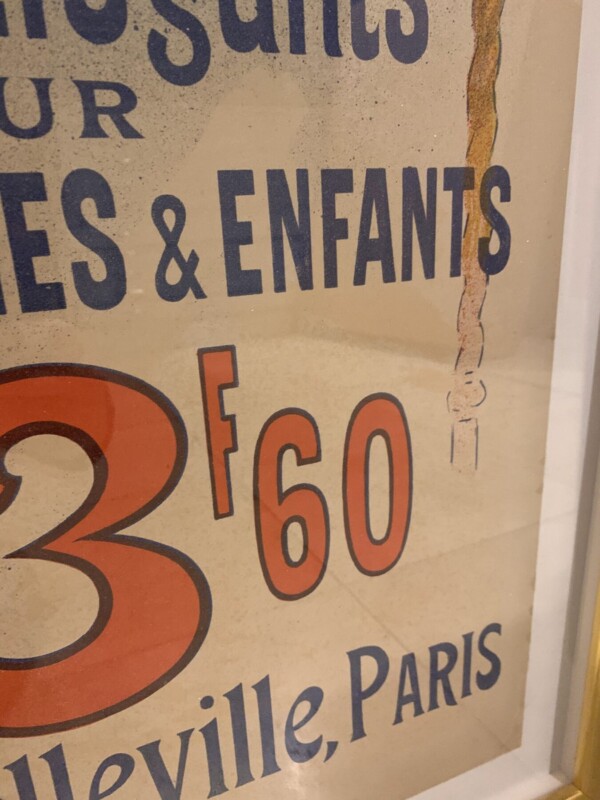 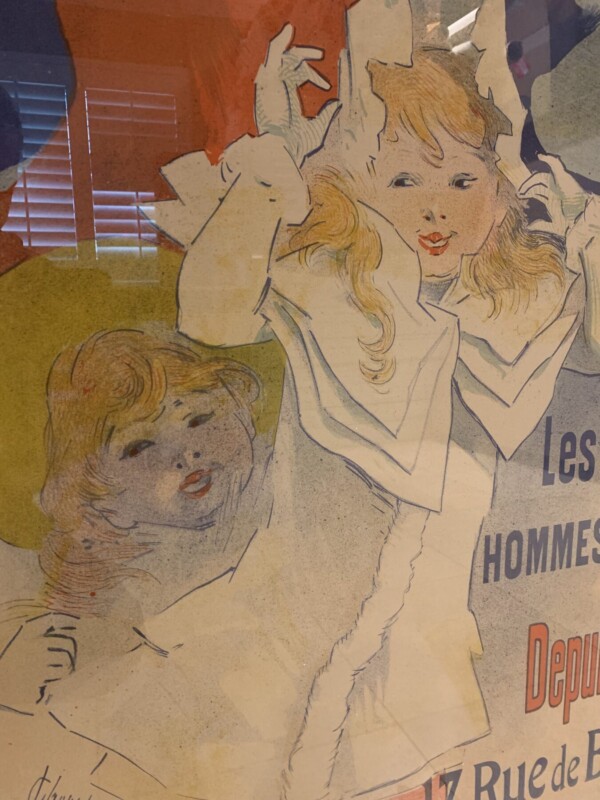 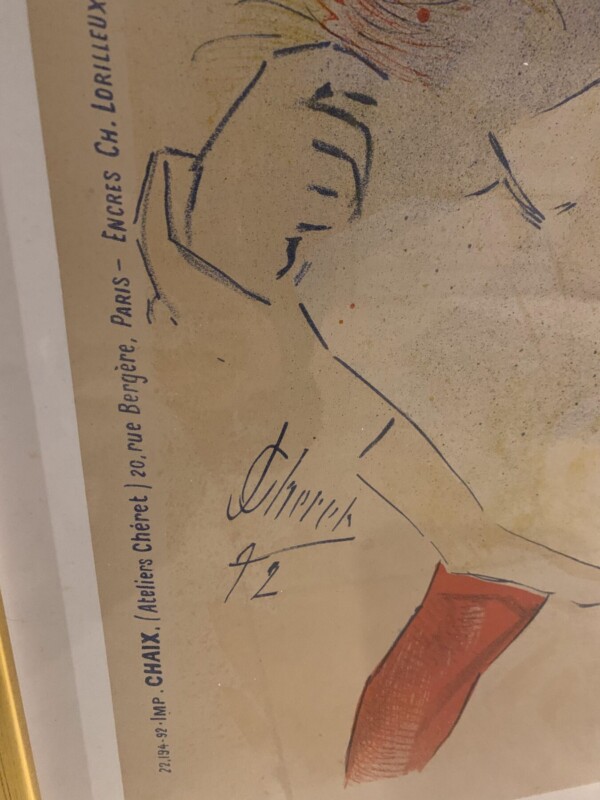 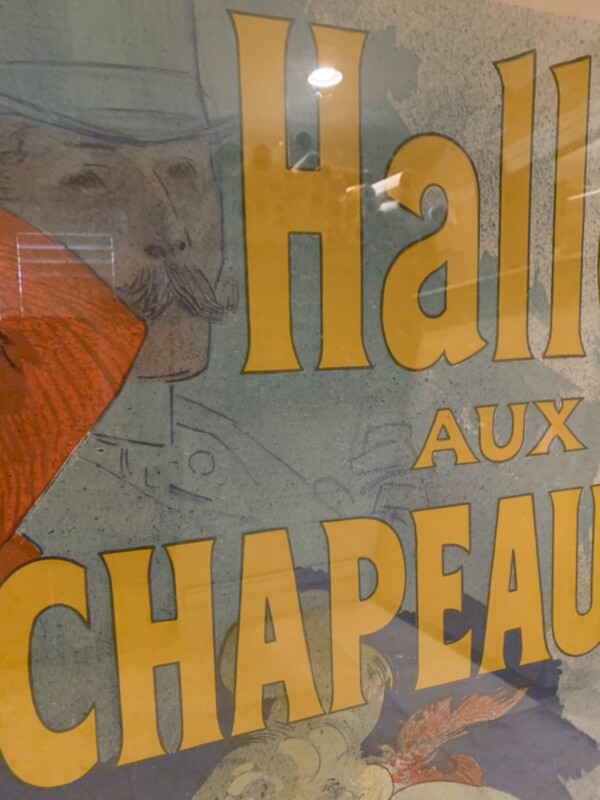 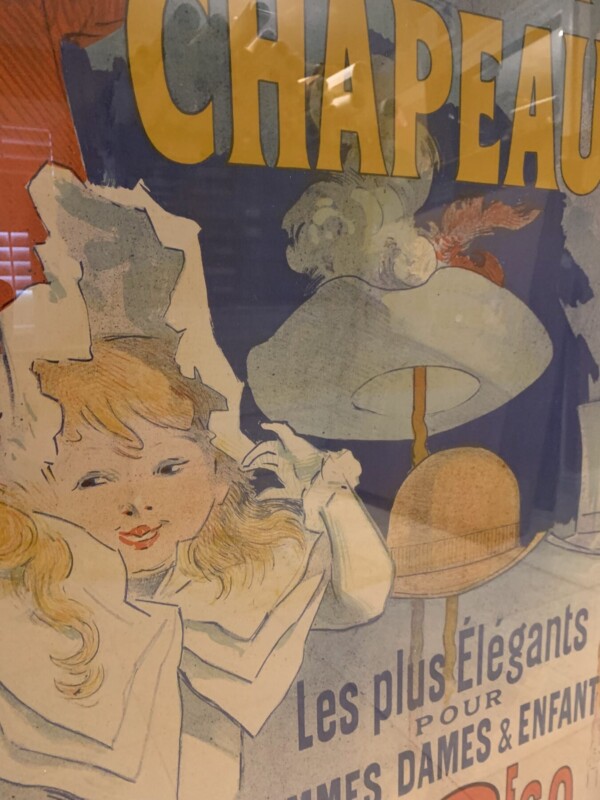 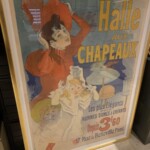 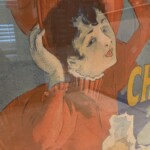 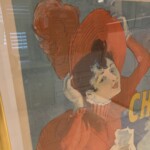 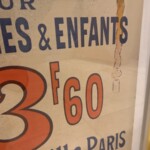 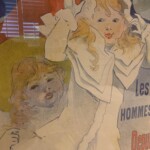 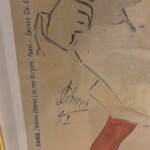 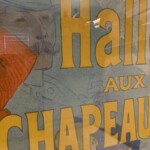 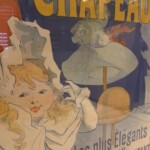 Elegant and inexpensive headwear for women, men, and children could be found at this Parisian hat store.

The father of modern poster art and a critical figure in the development of the French Belle Époque style, Jules Chéret was the first artist to work with color lithography. Finding little success in France due in part to inadequate printing technology, Chéret moved to London and began designing perfume packaging for Rimmel during the 1860s. Rimmel became Chéret’s patron and financed his commercial lithography studio in Paris. The artist’s free-spirited, Rococo-style female figures, dubbed “Chérettes,” came to not only define Belle Époque advertising but also represent the liberated Parisian woman. Later artists such as Charles Gesmar and Henri de Toulouse-Lautrec mimicked his style. Although Chéret had a talent for working with oil paint and pastels, he remains best known for his lithographs, which served as the exemplar of poster design and color theory during the late 19th century.