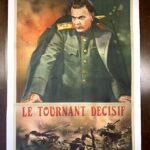 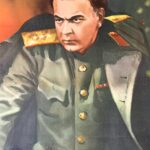 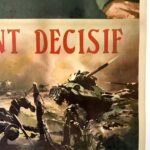 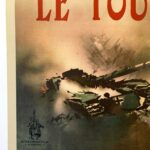 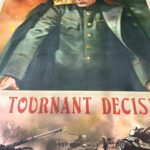 Velikiy Perelom (released in the U.S. as “The Turning Point”), the 1945 Fridrikh Ermler Russian World War II (WWII) military melodrama (about the turning point in the war between the Russians and the Nazis, where the Russians gained information about the Nazi plans, and they were able to weaken them with advance attacks, but it was still unclear who would win the decisive battle) starring Mikhail Derzhavin, Pyotr Andriyevsky, Yuri Tolubeyev, Andrei Abrikosov, and Aleksandr Zrazhevsky. Note that this movie received a prize at the first Cannes Film Festival for Best Script, and the crew was awarded the “Stalin Prize” when it was made in 1945. It was made when the U.S. was still allies with Russia during World War II, and many pro-Russian movies were released in the U.S., including this one. Just a short time later, the Russians and the U.S. would become bitter enemies, and there were no more movies that were pro-Russian! Condition: VG/EXC Please refer to the attached image for a detailed view and condition of this original vintage poster. With AAA Vintage Posters your purchase is backed by our 100% Money Back Satisfaction Guarantee!