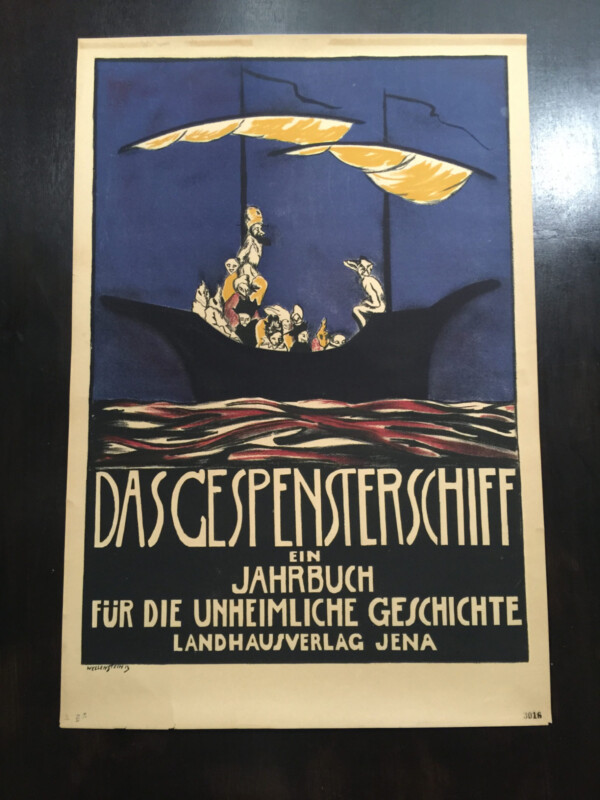 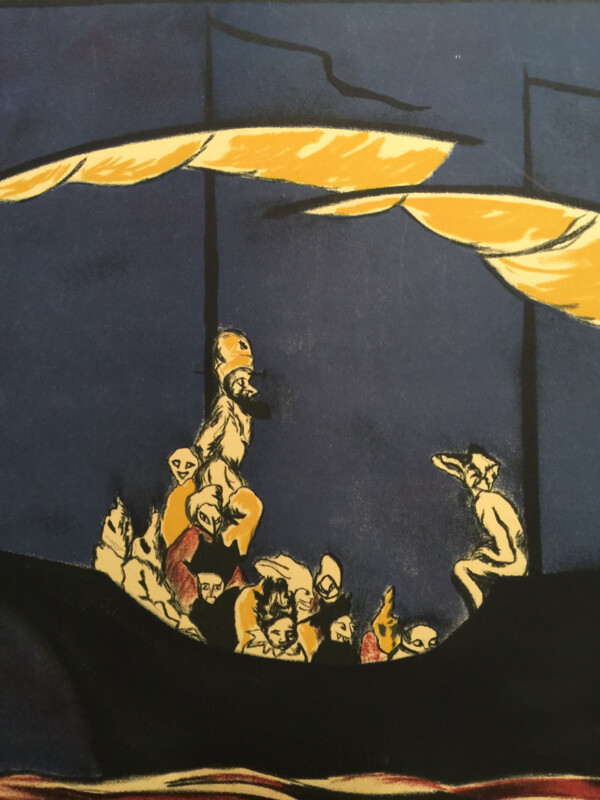 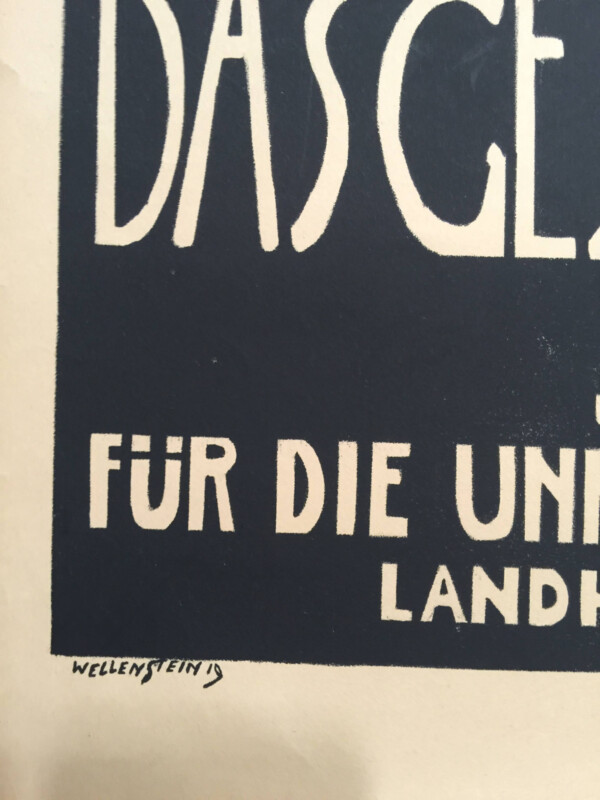 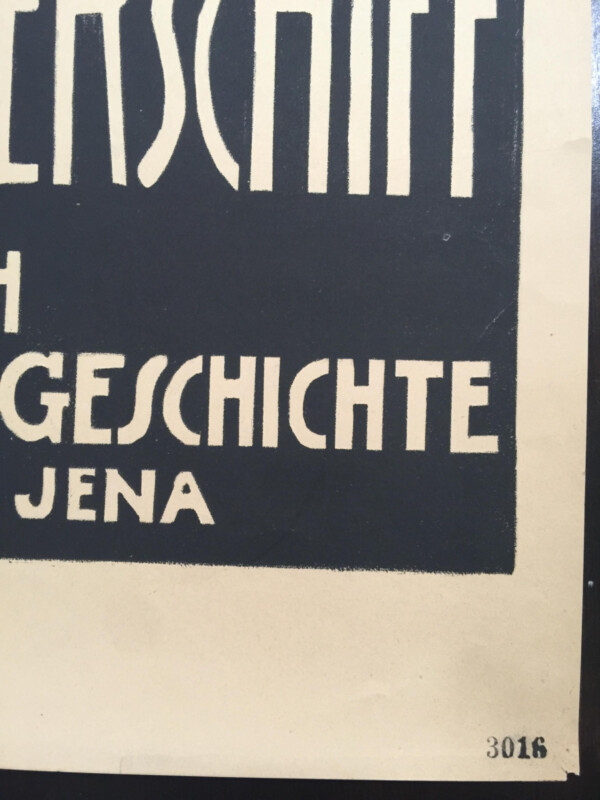 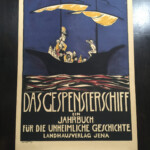 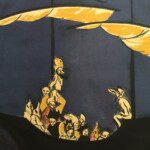 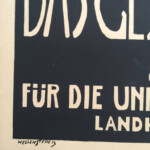 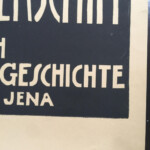 Das Gespensterschiff (literally translates to “The Ghost Ship”), the 1920 German advertising poster promoting a Toni Schwabe compilation of eerie and supernatural stories. Based on the Willenstein art, one of the stories seems to be The Story of the Haunted Ship (Die Geschichte von dem Gespensterschiff) by Wilhelm Hauff (or it “borrows” from that story which itself is a derivation of the story of The Flying Dutchman) as it shows the captain of the ship nailed to the mast (through his head)! The story is told by a merchant who sets sail to try his luck abroad. After a heavy storm, the merchant’s ship sinks. After the storm is over, the merchant sees another ship and climbs aboard it. On that ship, the planks are red with blood, there are dead men everywhere, and the captain is pinned to the mast with a large nail through his forehead. In the hold of the ship are great riches and the merchant wants to get the ship to harbor, but is never able make any headway (he can’t even move the bodies). Finally, by adding verses from the Quran to the sails, he is able to make it to safety. Because they cannot be moved from the planks they rest on, to put the dead to rest, he must saw through the planks and as soon as they touch the ground, the bodies turn to dust. As the merchant tries to remove the captain from the mast, the dead man’s eyes open and he explains that he and his crew were pirates who murdered a holy man and thus were cursed.