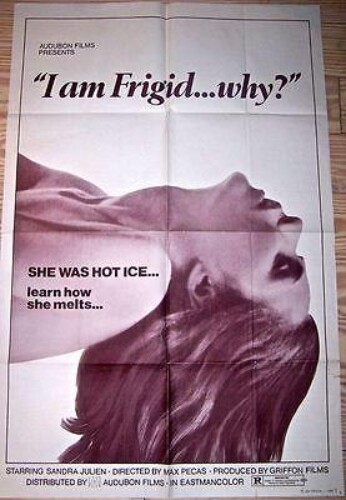 This original 1972 One Sheet for I AM FRIGID…WHY displays overall in Very Good to Fine Condition. Reverse folded as issued with an extra fold, NO blank border staple/pin holes or tears, NO crossfold separations, does display a spot of lower right blank border marks which appear to have resulted from a paper clip, features super sexy artwork for this interesting film about a young woman who is the daughter of a gardener on an estate who is raped by the son & daughter of the owner of the estate! She is unaware that this event has scarred here from enjoying sex and goes on a sexual and psychological journey to learn how to enjoy sex once more.