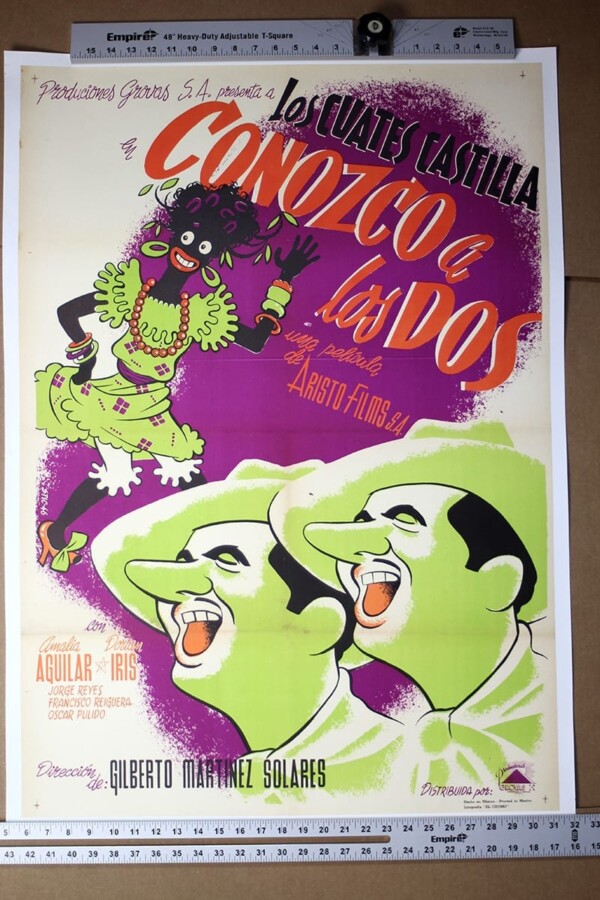 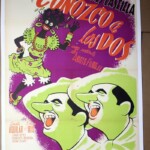 Art by Ernesto Garcia Cabral who was a renowned caricaturist / political cartoonist, who turned his attention to designing movie posters during the late 1940s. The earliest examples of Cabral’s poster work were attractive, but they lacked a consistent style. However, in the early 1950s (beginning with his design for ‘El Rey de Mexico’), the classic Cabral style was born. During the 1950s, Cabral created a series of some of the most beautiful and whimsical posters ever displayed in front of a Mexican movie theater. Posters for comedy films were his specialty. And while he worked for several different movie studios, his most frequent assignments were on films produced by Mier y Brooks — often starring popular comedian, German Valdes ‘Tin Tan.’ Today, Cabral’s movie posters are among the most sought after by collectors. As the artist felt that his work for the studios was simply a paid job, rather than an artistic creation, almost all Cabral posters are unsigned.